Himachal is in the western Himalayas. Covering an area of 55,673 square kilometers it is a mountainous state. Know Himachal Pradesh

The drainage system of Himachal is composed both of rivers and glaciers. Himalayan rivers criss-cross the entire mountain chain. Himachal Pradesh provides water to both the Indus and Ganges basins.

The drainage systems of the region are the Chandra Bhaga or the Chenab, the Ravi, the Beas, the Sutlej, and the Yamuna. These rivers are perennial and are fed by snow and rainfall. They are protected by an extensive cover of natural vegetation.

Due to extreme variation in elevation, great variation occurs in the climatic conditions of Himachal. The climate varies from hot and sub humid tropical in the southern tracts to, with more elevation, cold, alpine, and glacial in the northern and eastern mountain ranges.

The population of Himachal Pradesh recorded at 6,864,602 as per the 2011 census. It shares its borders with the Union territories of Jammu and Kashmir and Ladakh to the north, Punjab to the west, Haryana to the southwest, and Uttarakhand and Uttar Pradesh to the south.

The state of Himachal Pradesh is divided into 12 districts, which are grouped into three divisions, Shimla, Kangra and Mandi.

The districts are further divided into 69 subdivisions, 78 blocks and 145 Tehsils.

Himachal is also known for its adventure tourism activities like ice skating in Shimla, paragliding in Bir Billing and Solang valley, rafting in Kullu, skiing in Manali, boating in Bilaspur and trekking, horse riding and fishing in different parts in the state.

Shimla, the state's capital, is home to Asia's only natural ice-skating rink. Spiti Valley in Lahaul and Spiti District situated at an altitude of over 3000 metres with its picturesque landscapes is an important destination for adventure seekers. The region also has some of the oldest Buddhist Monasteries in the world

Himachal hosted the first Paragliding World Cup in India from 24 to 31 October in 2015. The venue for the paragliding world cup was Bir Billing, which is 70 km from the tourist town Macleod Ganj, located in the heart of Himachal in Kangra District.

Bir Billing is the centre for aero sports in Himachal and considered as best for paragliding. Buddhist monasteries, trekking to tribal villages and mountain biking are other local possibilities.

Himachal has three Domestic Airports in Kangra, Kullu and Shimla districts. The air routes connect the state with Delhi and Chandigarh.

Bhuntar Airport is in Kullu district, around 10 kilometres from district headquarters.

Shimla Airport is around 21 kilometres west of the city.

What is the old name of Himachal Pradesh?

Formerly a union territory, Himachal Pradesh became a state of India on January 25, 1971.

Which is the best place to live in Himachal Pradesh?

The 1 Best places to live in Himachal Pradesh

Which is the largest temple in HP?

Who is the king of Himachal Pradesh?

In about 883 AD Shankar Verma, the ruler of Kashmir exercised his influence over Himachal Pradesh. The region also witnessed the invasion of Mahmud Ghazni in 1009 AD, who during that period looted the wealth from the temples in the North India. In 1043 AD the Rajputs ruled over the territory.

Which state is richest in India?

Is Himachal Pradesh a poor state?

One of the main achievements of Himachal Pradesh was its success in raising people out of poverty. Between 1993–94 and 2011, there was a fourfold drop in poverty in the state. Rural poverty, where 90 percent of its population lives, declined from 36.8 percent to 8.5 percent.

Is Himachal a rich state?

Himachal is one of those states in India which was rapidly transformed from the most backward part of the country to one of the most advanced states. At present Himachal ranks fourth in respect of per capita income among the states of the Indian Union.

Can I settle in Himachal Pradesh?

Well non-himachali can't buy land in Himachal Pradesh. And those who can buy, are happily living in their home towns. ... You can settle in foothill area of himachal pradesh.

What is special in Himachal Pradesh?

Himachal is well known for its handicrafts. The carpets, leather works, shawls, paintings, metalware, woodwork and paintings are worth appreciating.

Pashmina shawl is one of the products which are highly in demand not only in Himachal but all over the country. Himachali caps are also famous art work of the people.

Which is the coldest place in Himachal Pradesh?

Keylong Coldest Place In Himachal Pradesh At Minus 6.6 Degrees Celsius.

Which is the longest river in Himachal Pradesh?

The Chandrabhaga or Chenab (Vedic name Askni), the largest river (in terms of volume of water) is formed after the meeting of two streams namely, Chandra and Bhaga at Tandi, in Lahaul. It flows 122 kilometres (76 mi) and covers an area of 7,500 square kilometres (2,900 sq mi). in Himachal, before entering Kashmir.

Does Himachal touch up?

The border of himachal and uttar pradesh is near Bahral (himachal pradesh) along the river Yamuna. Somewhat south of it near kalesar, UP, Haryana and Himachal states meet.

Why is the gender bias less in Himachal Pradesh?

Which is the smallest district of HP?

What is famous food of Himachal Pradesh?

Dhaam – Dhaam is the most common and traditional dish prepared at festivals in Himachal Pradesh. In temples also, Dhaam as a Prasad is given on auspicious occasions. Dhaam is served on leaves' plate and it consists of rajma, moong dal, rice, curd, mash dal, and boor kikadi.

What is the old name of Kangra?

Historically known as Kiraj and Trigarta, the town of Kangra was founded by Katoch Kshatriya Rajputs of Chandervanshi Lineage. The Katoch Rajas had a stronghold here, with a fort and lavish temples.

Why is Shimla famous?

Shimla  or Simla is the capital of the state of Himachal Pradesh in India. It is a very popular holiday-retreat during the summer months and is well-known for its Victorian architecture, which is reflected in certain areas of the Mall and The Ridge. It is also a famous holiday spot for honeymoon.

Can I buy house in Himachal Pradesh?

As per section 118 of the Tenancy Act, a non-Himachali cannot buy land in Himachal Pradesh. In case you desire to buy land in the state you will have to do so in the following way: You may buy non-agricultural land by seeking permission from the state government.

Which fruit is famous in Himachal Pradesh?

What is the famous food of Manali?

Although Manali is famous for many food items like Mittha, Masala Omelette, Khatta, Sidu, Kadhi Chawal, Kullu Trout, Patande etc, the best food in Manali is Mittha. This delicacy of Manali consists of rice, raisins and is garnished with dry foods. It is literally perfection served on a plate.

Which is the famous festival of Himachal Pradesh?

Which is better Kufri or Manali?

Kufri,Naldehra are local tourist spots where you can enjoy horse riding , and a few amusement parks with Go karting and many other attractions. Manali on the other hand is good for a long peaceful stay. Old Manali is a very good place to visit.

What is the best time to visit Himachal Pradesh?

March, April, May and June:

Summer, which starts in March and ends in June, is the best time to visit Himachal Pradesh as the weather is pleasant during these months. They are the ideal months for sightseeing and enjoying outdoor activities.

What is the state game of HP?

How many rivers are in HP?

Who was the first CM of HP?

Yashwant Singh Parmar (4 August 1906 – 2 May 1981) was an Indian politician. He was a leader of the Indian National Congress and the first Chief Minister of Himachal Pradesh state.

Who was the founder of Shimla?

Raja Karam Chand was the founder of the Jubbal State. Jubbal merged with the Indian Union after independence and became a part of Himachal Pradesh on 15th April, 1948. At the time of merger 'Dig Vijay Singh was the ruler of the state.

Which city is called the Queen of Night Hills?

Mussoorie, Popularly known as the Queen of Hills, this charming hill station, 34 kms from Dehradun is situated at an altitude of 2003 mts( + 6500 FT) in the Garhwal hills, above sea-level. Mussoorie is one of the best (To Me, It Is Super) beautiful hill stations in India and the most frequently visited.

What is best to buy in Shimla?

Below are the Best Things to Buy in Shimla

How can I go to Himachal by train?

The Kangra Valley Railway is the major railway line that serves Himachal. It runs from Pathankot (Punjab) to Jogindernagar (Himachal). You can take a flight or drive up to Punjab, and then take a train from Pathankot, which takes approximately eight hours to reach Himachal Pradesh.

Where is snowfall in Himachal?

What type of clothes should we wear in Manali?

Pack light and airy clothes with a couple of warm clothes for the nights. Do not forget to carry a strong pair of shoes for walking and strolling on the mountains. Light cotton clothing is the order of the day. In winters, take woolens that include sweaters, jackets, caps and socks.

How to go Himachal Pradesh?

Please do not enter any spam link in the comment 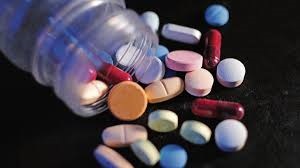 Coronavirus continues infecting people worldwide, now a days every one want to live happily with family & friends but it seems that Corona virus don't want to see us happy with friends & family. Day by day Corona virus is spreading worldwide, Many Govt & Private companies have invented medicines for Corona Virus. There are so many govt and private officials are arranging medicines for Cornavirus , Dr Smith A.J from American Central Hospital is providing you a musk along with Coronavirus med kit,which will help you to keep away from Coronavirus. Also Read 150 Best Side Business  Ideas  for 2020 which may change your life.   Coronavirus med kit is completely free of cost by  NGO, You have to pay only Postal Charges. Corona-virus-medicine Want to earn some e xtra money? click here What is coronavirus and what should I do if I have symptoms? What are the symptoms caused by the virus from Wuhan in China, how does it spread, and
Read more

Nandita was killed with a machete for rejecting marriage proposal. 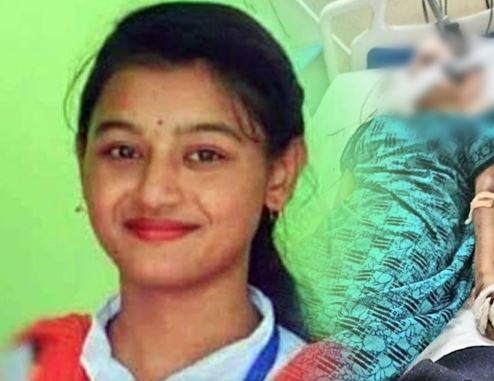 Nandita hailed from Naba Kathbari village in Dhakuakhana. She was a BA third-semester student of Maridhal College in Dhemaji. nandita-assam Nandita Saikia was attacked with a machete, on Saturday, by Rintu Sarma in Dhemaji district of Assam.
Read more 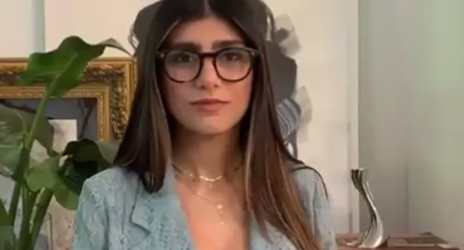